The word "epiphany" means "to manifest" or "to have a significant realization." After Jesus was born in Bethlehem Magi from the East came to worship Him. Their experience teaches us many important things about God and about ourselves.

Now after Jesus was born in Bethlehem of Judea in the days of Herod the king, behold, wise men from the East came to Jerusalem, saying, “Where is He who has been born King of the Jews? For we have seen His star in the East and have come to worship Him.”

1. Who are the Magi and how many made this journey?

When Herod the king heard this, he was troubled, and all Jerusalem with him. And when he had gathered all the chief priests and scribes of the people together, he inquired of them where the Christ was to be born. So they said to him, “In Bethlehem of Judea, for thus it is written by the prophet: ‘But you, Bethlehem, in the land of Judah, Are not the least among the rulers of Judah;
For out of you shall come a Ruler Who will shepherd My people Israel.’ ”

2. Who was Herod and why was "all Jerusalem" troubled?

Then Herod, when he had secretly called the wise men, determined from them what time the star appeared. And he sent them to Bethlehem and said, “Go and search carefully for the young Child, and when you have found Him, bring back word to me, that I may come and worship Him also.”

3. What was Herod's true plan?

When they heard the king, they departed; and behold, the star which they had seen in the East went before them, till it came and stood over where the young Child was. When they saw the star, they rejoiced with exceedingly great joy. And when they had come into the house, they saw the young Child with Mary His mother, and fell down and worshiped Him. And when they had opened their treasures, they presented gifts to Him: gold, frankincense, and myrrh. Then, being divinely warned in a dream that they should not return to Herod, they departed for their own country another way.

5. Where were Mary and Joseph staying by this time?

6. What was the significance of the gifts?

7. What gifts can we bring to Jesus today?

8. Does God still give divine guidance through dreams?

1. We don't know how many there were. Because of the three gifts, many assume there were three. The Magi are mentioned in Daniel 2.12. They were probably from Persia or Arabia.

2-3. Julius Caesar made Herod, an Arabian of noble descent, the King of Judea in B.C. 47. Herod was known for his extravagant building programs and also for murdering anyone, even family members, who threatened his rule. It is no suprise that Herod sent his soliders to Bethlehem to murder all the boys two years old and younger in his bloody attempt to preserve his authority.

4. Some think the Star of Bethlem was a unique conjoining of certain celestial bodies. Others think that it was simply a miraculous star created by God for the purpose of leading the Magi to Jerusalem. Most likely the star wasn't unusually bright, because no one else seems to have noticed it. However, astronomers like the Magi apparently detected its movement.

5. Matthew tells us that they were living in a "house" by the time the Magi arrived.

6. The gifts were the "hard currency" of the times. They were very valuable and portable. The gifts would have been very helpful to the Holy Family for their upcoming escape to Egypt. The song, "We Three Kings" suggests that the gifts pointed to Jesus as King, God, and Sacrifice.

We three kings of Orient are, Bearing gifts we traverse afar / Field and fountain, moor and mountain, Following yonder star.

Born a King on Bethlehem’s plain, Gold I bring to crown Him again, King forever, ceasing never / Over us all to reign.  Refrain.

Frank-in-cense to offer have I, Incense owns a Deity nigh; Prayer and praising all men raising, Worship Him, God on high.  Refrain.

Myrrh is mine, its bitter perfume / Breathes a life of gathering gloom:  Sorrowing, sighing, bleeding, dying, Sealed in the stonecold tomb.  Refrain.

Glorious now behold Him arise, King and God and Sacrifice; Alleluia, Alleluia!  Sounds thru the earth and skies.  Refrain.

7. The most important gift that we bring to God is our faith. But from that faith grows love for others. Like the Magi, we bring our gifts of "hard currency" as well as our time and talents in the service of God's mission of the Gospel and mercy to the world.

8. Sometimes people think they need a miracle like a star or a special voice from the Lord in order to believe. Miracles are real, but they are rare. That's why we call them miracles. Most people who lived during the Bible times never saw a miracle. The generation of Moses saw many miracles. There were miracles in the time of Elijah and Elisha. The disciples of Jesus saw many miracles. But most of the people who lived before, between and after those amazing times never saw a miracle. We, however, do have an amazing miracle that we often take for granted. This is a miracle that neither Moses, nor the Magi, nor even the disciples had - This is the miracle of the New Testament. The Holy Spirit has given this to us. Peter said that this is something even "angels desire to look into" (1 Peter 1.12). The New Testament and the Old Testmant bring you the "epiphany" you need to realize who Jesus is, the Son of God and your savior. I urge you to learn as much as you can about Him, and above all believe in Him. He is the one who taught us to pray and who promises to "deliver us from evil." 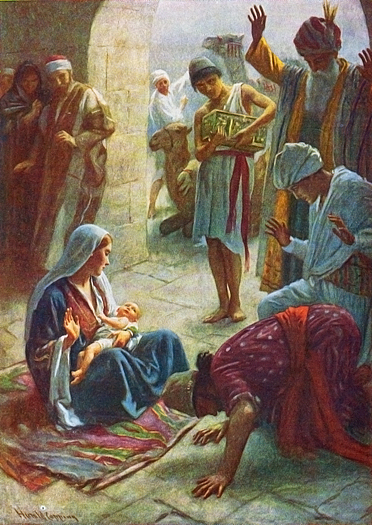 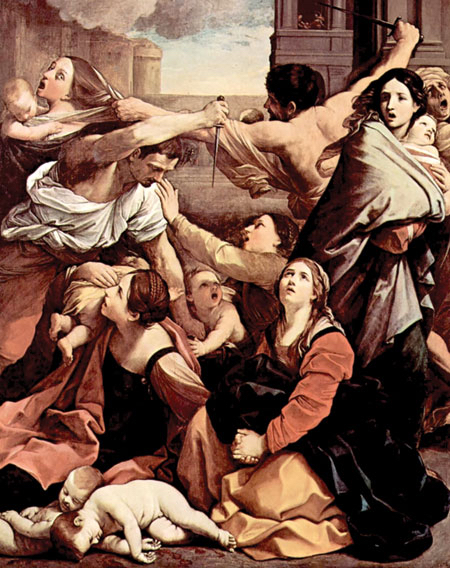 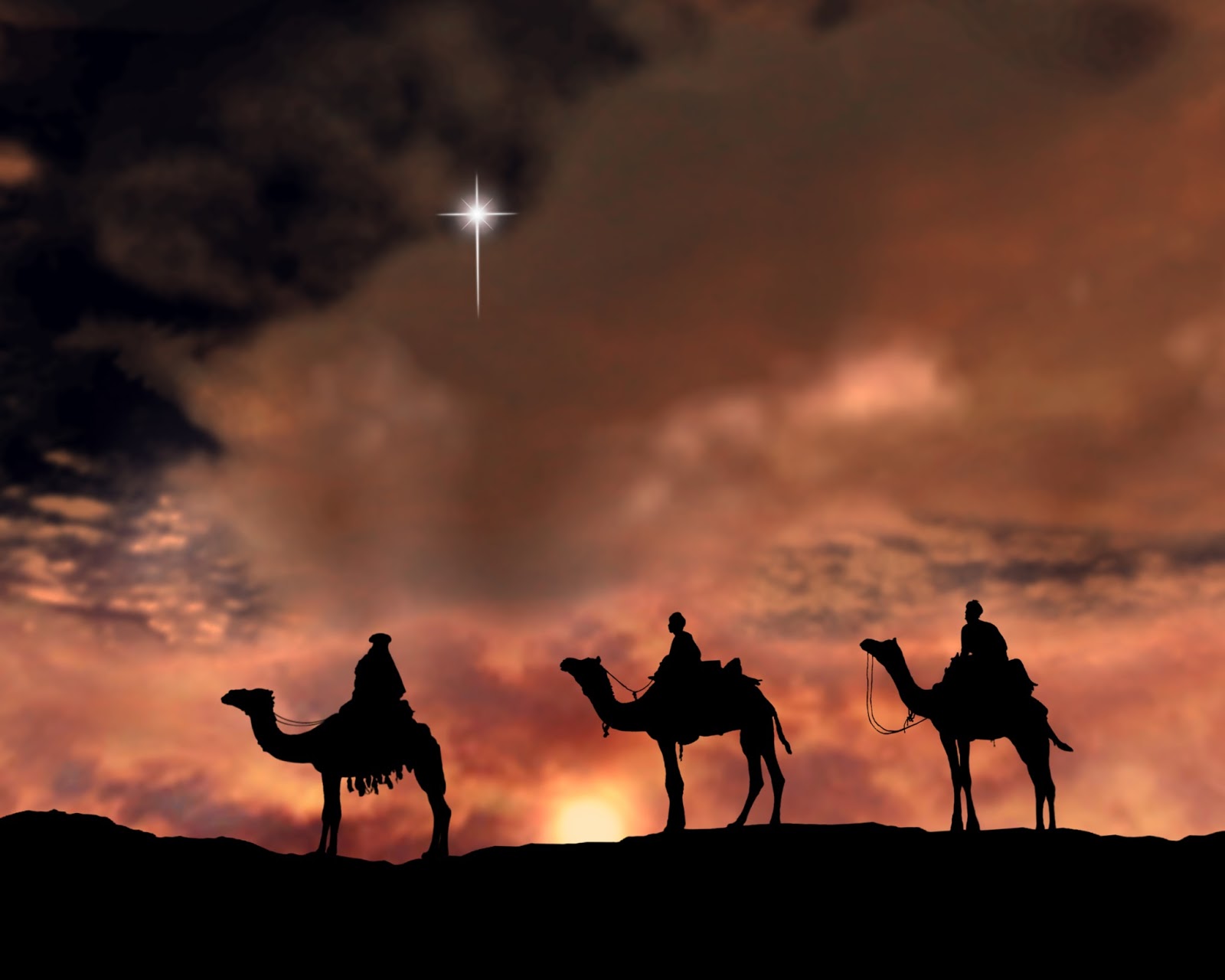 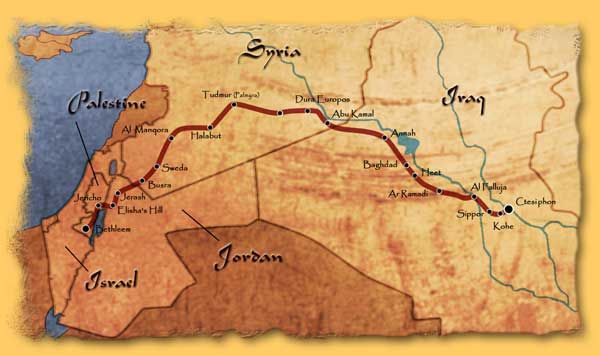