The Gospel of Luke

The Gospel of Luke emphasizes forgiveness, prayer and joy in Jesus. This is a very encouraging and comforting book of the Bible to read on your own. Go to the
“Learning to Read the Bible” page on our website for an introduction and notes to get you started.

Luke was the author of this Gospel and the Book of Acts. Together, these books make up 28% of the New Testament. He was not one of the twelve apostles, but he was a faithful assistant to Paul. He calls him "the beloved physcisian" in Colossians 4.14.

Luke dedicated his Gospel to a Christian named Theophilus, who may have paid for the copying of the Gospel and Acts. His purpose was to assure us of the truth of the Gospel. Luke especially wrote for Gentiles and stresses the universality of the Gospel. He has a strong emphasis on forgiveness, prayer, and joy.

Since Acts doesn't mention Nero's persecution, it was probably completed before AD 64. AD 58-60 is likely when it was written. We do not know where it was written. Perhaps Caesarea or Rome.

01 - Birth of John, Conception of Jesus
Dedication to Theophilus. Gabriel tells Zecharias that Elizabeth will bear a son who will be like Elijah. Zecharias questions the angel and becomes mute. Gabriel announced the conception of Jesus to Mary. Mary goes to Elizabeth. The Song of Mary. John is born, circumcised and named. The Song of Zachariah. John the Baptizer is in the deserts.

02 - Birth of Jesus
Registration takes Joseph and Mary to Bethlehem. The Angel of the Lord announces the birth of a Savior to the shepherds. Shepherds go to Bethlehem and make the birth widely known. Jesus circumcised and named. Sacrifice of the first born made because they had been dedicated to God since the Exodus. Simeon recognizes the Savior for Gentiles and Israel. Anna speaks of Jesus' redemption. Returned to Nazareth. Jesus' First Passover. He stays behind to learn the Scriptures.

03 - The Ministry of John and the Genealogy of Jesus
15th year of Tiberius, Pontius Pilate Governor; Herod, Philip, Lysanius; Anna's and Caiaphas high priests. Word of God came to John in the wilderness. He preaches repentance, remission of sin and fruits of repentance. A mightier one is coming. John will be imprisoned by Herod. Jesus is baptized. Jesus begins his ministry at 30. His genealogy through Joseph to Adam.

04 - Temptation of Jesus, Preaching & Healing
Three Temptations: Misuse of Power, Ultimate Power, Testing God.  Synagogue in Nazareth, fulfilling the prophets by preaching and healing. Teaching in Capernaum on the Sabbaths. Healed a demoniac. Healing Peter's mother in law, many others. Preaching the kingdom in the synagogues of Galilee.

06 - Teaching and Prayer
Plucking grain on the Sabbath. Son of Man Lord of Sabbath. Healing on the Sabbath. All night in prayer, calling the twelve. Sermon on the Plain. Love your enemies. Focus on forgiveness more than judgment. Take the plank out of your eye first. Good trees bear good fruit. Build your house on the rock of God’s word.

07 - Healing and Teaching
Healing the Centurion's Servant. In Luke the Centurion sends elders. In Matthew 8 he comes to Jesus himself. Raising the Widow of Nain's son. John the Baptist sends disciples. John is the greatest. Sinful woman forgiven at the house of Simon, the Pharisee.

08 - Teaching and Healing
Mary Magdalene, Joanna and Susanna gave support to Jesus. Parable of the Sower. The purpose of parables. The Parable of the Lampstand. Jesus’ mother and brothers. The Stilling of the Storm. Jesus heals the Gadarene Demoniac. Jairus’ daughter and Woman with flow of blood healed

09 - Peter’s Confession, Transfiguration
Mission of the Twelve with no supplies. Herod wants to see Jesus. Feeding 5,000. Peter’s Confession. The Transfiguration. Healing a demon possessed son. Second Prediction of death.  Argument about greatness. Someone driving out demons. Jesus determined to journey to Jerusalem.  Samaritans reject, James and John want to call down fire. Disciples want to follow but have conflicts. Don’t look back from the plow.

10 - Mission of the Seventy, Good Samaritan, Mary & Martha
Seventy sent two by two. Eat and drink as given, Heal the sick, Say the kingdom of God has come near. If not received, wipe dust from feet and say the kingdom of God has come hear to you. More tolerable for Sodom. Woe to impenitent cities. Seventy return in joy. Satan falls like lightning. All things delivered to Jesus by the Father. Parable of the Good Samaritan. Martha serves but Mary learns.

11 - Lord's Prayer, Exorcisms & Beelzebub, Sign of Jonah, Woes to the Pharisees and Scribes
Lord's Prayer. Persistent friend at night. Ask, Seek, Knock. Father will give Holy Spirit. Jesus does not cast out demons by Beelzebub. Demon returns with seven more. Better to keep the word. Jesus greater than Jonah and Solomon. Eye is light of the body. Pharisees are hypocrites. They kill the prophets.

13 - Repent, Strive
People killed by Pilate or Tower of Siloam not worse sinners, we must repent. Parable of the Barren Fig Tree. Bent Woman healed on the Sabbath. Kingdom like mustard seed and leaven. The Narrow Door. Herod wants to kills Jesus, Jesus laments for Jerusalem.

14 - Humility, Forsake All to Follow Jesus
Jesus heals man with dropsy (swelling) on the Sabbath. Take the back seat and be humble. Invite the poor, lame, or blind. Banquet, invitations declined, go to the highways and byways. Must deny self, family and all possessions to be a disciple. Bad salt is thrown out.

17 - The Millstone, Mustard Seed, Coming of the Son of Man
The millstone - Do not cause sin. Rebuke but forgive continually. Increase our faith. Mustard seed. We are unprofitable servants. Ten Lepers. Kingdom of a god is within.  Son of Man will come suddenly. Remember Lot’s wife. Don’t try to save your life. One will be taken where the eagles gather (destruction).

18 - Prayer, Children, Riches
Pray, don’t lose heart. Persistent Widow. The Pharisee & Tax Collector worship. Infants and children part of God’s kingdom. Must be like a little child to enter. Rich Young Man. Camel through the eye of a needle. Third prediction of death and resurrection. Blind man at Jericho healed.

20 - Teaching in the Temple
Jesus teaches and preaches the gospel in the Temple. His authority is questioned. Parable of the Wicked Vinedressers. The Chief Cornerstone. Render to Caesar and to God. Sadducees question the resurrection. The Christ is the Lord. Beware of the scribes.

21 - Teaching in the Temple
The Widow’s Mite. Jesus predicts the destruction of the temple. The Coming of the Son of Man. The Parable of the Fig Tree. Watch and pray. Disciples argue about greatness. Jesus warns and encourages Peter.

23 - Trial and Crucifixion
Jesus is taken to Pilate. Jesus taken to Herod. Pilate forced to release Barabbas. Jesus is crucified between two robbers. Jesus buried by Joseph of Arimathea. 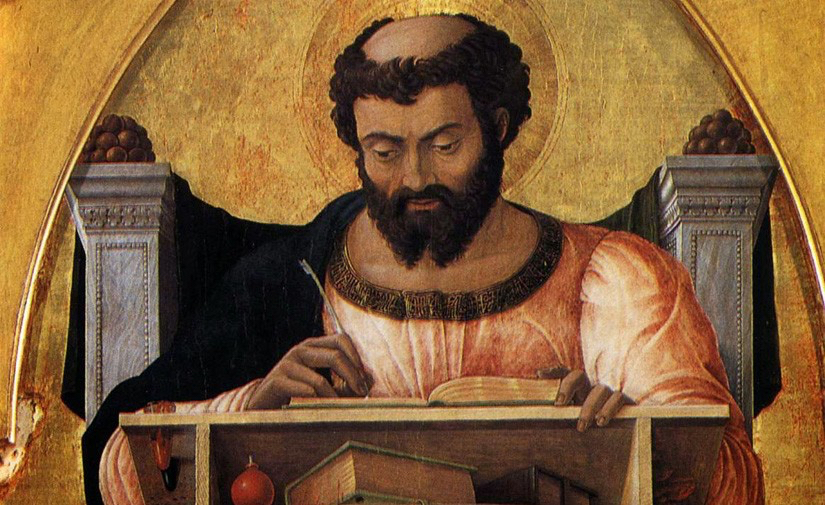 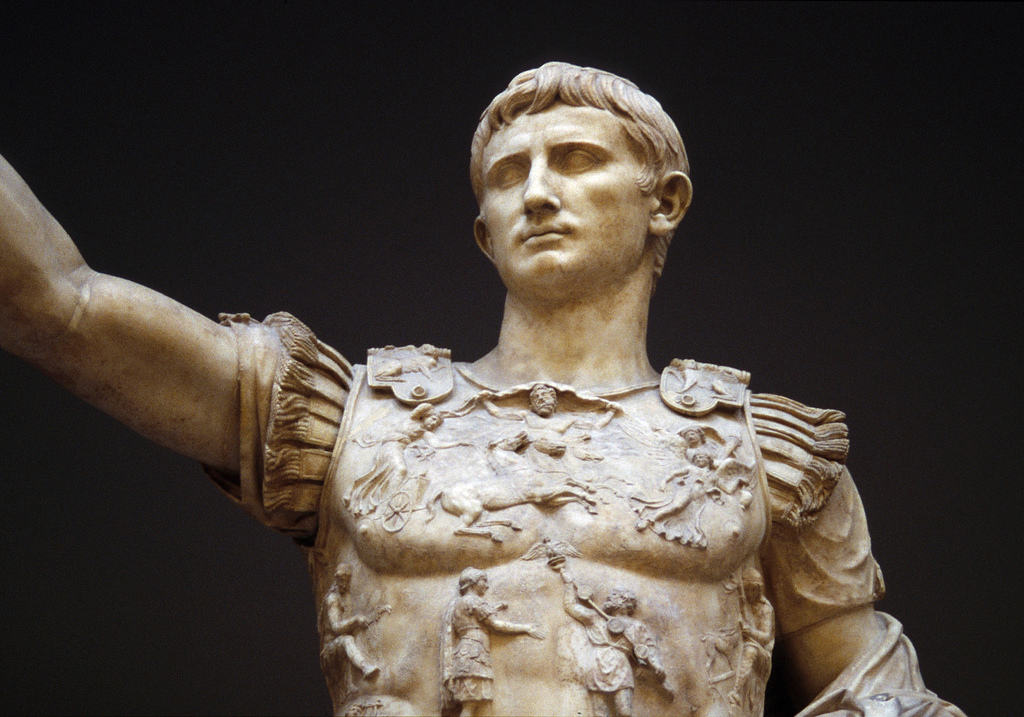 Luke gives us specific historical details which shows this Gospel is not a myth or fable. August Caesar was the great nephew of Julius Caesar. After defeating the assasins of Julius Caesar, Augustus became the first Emperor of Rome. 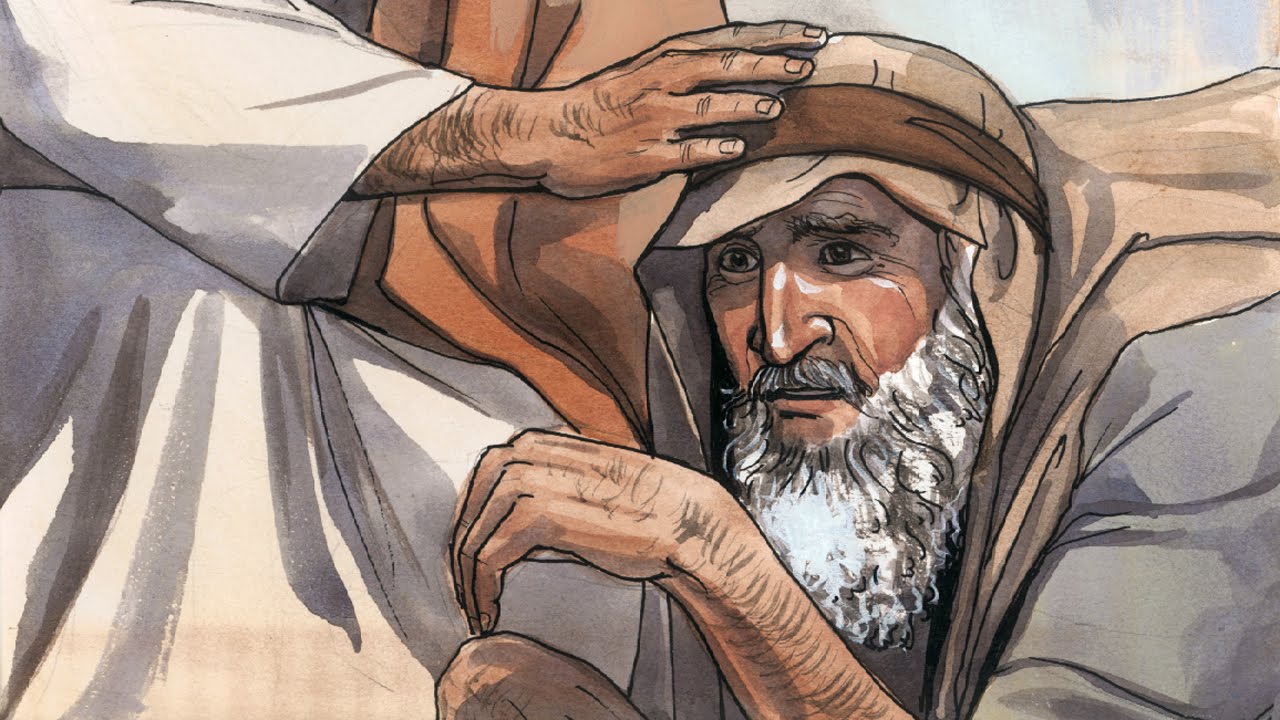 Jesus showed that He was the Messiah by His healing and by His preaching. 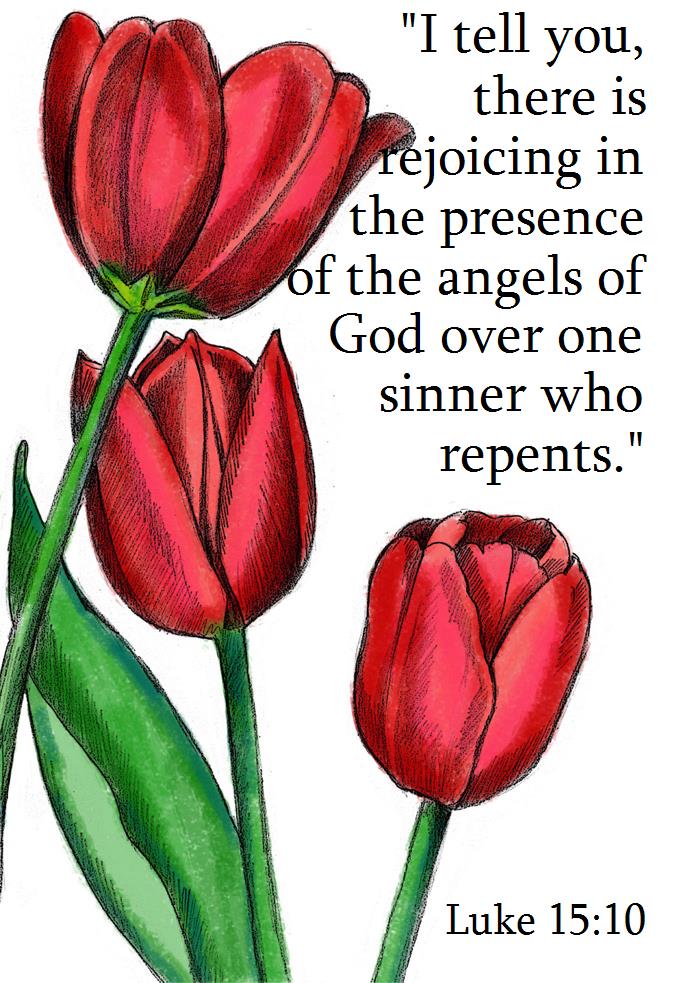