From Living Together to Marriage 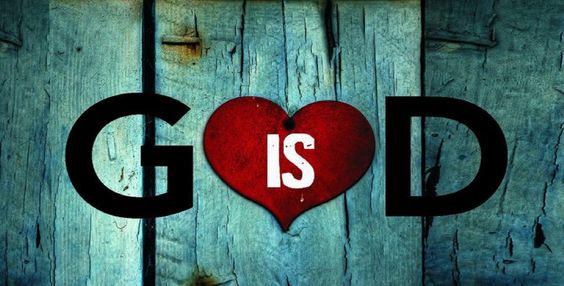 St. John said that "God is love" (1 John 4.8). Everything He does flows from His love for us as His creatures. There is nothing He could say our do that would intentionally hurt us. God also wants usto live in His love and in His ways. What is His way for marriage?

Why do we get married? Is it just a thing that evolved? Or, does God have some definite goals for marriage? God gives us three reasons for marriage. First, it unites a man and woman and fulfills for each of them what is lacking ("It is not good for the man to be alone," Genesis 2.18).* Second, it is God's way of bringing children into the world ("Be fruitful and multiply," Genesis 1.28). Children need parents who are united in marriage and provide stable support for them. Third, marriage gives husbands and wives the long-term opportunity to love one another and to reflect the long-term love that God has for His people ("Husbands love your wives just as Christ loved the church and gave Himself up for her." Ephesians 5.25).

The very first marriage between Adam and Eve teaches us a lot about how God wants us to live in marriage. God created Adam and Eve and brought them together. Then He said "Therefore a man shall leave his father and his mother and hold fast to his wife, and they shall become one flesh. And the man and his wife were both naked and were not ashamed." (Genesis 2.24-25). Here we see God very clearly teaching us that sexual relations (the nakedness of Adam and Eve) was very beautiful and blessed by Him as it was expressed in the life-long bond of marriage. Sex is a gift of God that binds and unites a man and wife together for life. As we continue reading the Bible we see this same pattern. Whenever men or women sought sexual relations apart from marriage, trouble always followed. Abraham brought many troubles upon himself and others when he went into Hagar (Genesis 16.4ff). David nearly ruined his life and the nation of Israel when he pursued sexual relations with Bathsheba apart from marriage (2 Samuel 11-12). We can be thankful that God often brought good out of these situations, but that only happened when they were repentant and turned back to God.

Why does God want us to keep sexual relations in marriage and only in marriage? It is because sexual relations are such a powerful expression of love and are designed by God to unite man and woman and to create new life. Solomon calls loving sexual relations "the flame of YAH," which means "the flame of Yahweh" or "the flame of the LORD." It is so powerful that, "Many waters cannot quench love" (Song of Songs 8.6-7). This is a great gift that we need to handle with great care. And, when handled carefully and faithfully, it can produce wonderful results. The most beautiful marriages are always the marriages where sex is kept safely and securely between one man and one woman.

We all struggle to keep sexual relations within the blessing of marriage. We will struggle with sexual desires before and during marriage. Those struggles may be with the temptations of pornography, using sexual desire to manipulate, denying the sexual needs of our spouse, seeking sexual pleasure that is not pleasurable to our spouse, and many other sexual sins. What is the common problem in all of these things?  They do not lead to the uniting and bonding of husband and wife. WE ALL WILL IN SOME WAY STRUGGLE WITH THESE THINGS. This is why Jesus said, "But I say to you that whoever looks at a woman to lust for her has already committed adultery with her in his heart" (Matthew 5.28). And so, like any other temptation, we need to resist it by asking God's forgiveness when we fall and His help to avoid the sin in the future. THIS IS A LIFELONG PROCESS THAT WE WILL DO UNTIL WE DIE. It is nothing new for couples to jump the gun and to go too far with their sexual desires before marriage. It is nothing new for a spouse to fall to the temptation to engage in sexual relations with another person outside of marriage. But this is not the same as a person who says, "There is nothing wrong with sexual relations apart from marriage." That thought is in defiant opposition to what God's word teaches, and for that reason it leads to so many troubles as it always has and always will.

I can see why some couples might think there is nothing wrong with their sexual relations before the public marriage ceremony becasue they know they love each other and are not going to separate. They are engaged afterall. The love between them is the important thing. The ceremony is secondary. But in our culture engagement is not the same as marriage. Couples do sometimes cancel their marriage plans or extend them indefinitely. Until there is a public wedding ceremony it's hard to know where they really stand. If two people really love each other, if they are not going to separate, and if the wedding ceremony itself is not that important... Then why not just get married and celebrate the marriage in a bigger and more public way later? This is the simplest way to clear up the confusion of living together before marriage. Just get married. Trust God and live according to His word.

Christians also know that there are many sexual practices that our culture accepts but are contrary to God's word. Casual divorce, pornography, homosexuality, etc. None of these are part of God's will for marriage - they don't unite man and woman, bring forth children, or reflect God's love for His bride, the church (see par. 2 above). But there is a common denominator between these things and living together before marriage - they all involve sex apart from marriage. If we are ever going to resist these other sexual problems, then we have to go back to the very foundation of marriage itself and hold on to it firmly.

The troubles that sex apart from marriage bring are well documented: Most people who live together never get married. People who live together before marriage have a higher rate of divorce. They also report having less happier marriages than those who did not live together before marriage. Those who have pre-marital sex are more likely to have affairs after marriage. People living together often have higher rates of domestic trouble and violence. Those who refrain from having pre-marital sex report having better sex lives than cohabitators. If you doubt this check out the Wikipeadia article.

It is for these reasons that I appeal to all Christians who are willingly engaging in sexual relations apart from marriage. This is not God's good way for you. It will not lead to the happiness you desire. There is one thing that I know can overturn all these troubles and statistics. It is the one thing that has always been able to turn a bad situation into a good situation: It is simply saying, "Dear God, forgive me for misunderstanding or going against Your will. Help me to do what is right." That changes everything. Jeremiah said, "Turn Thou me, and I shall be turned" (31.18). Remember that God is love, and the greatest expression of His love is in the forgiveness of our sins. Trust in God to bring you to His eternal happiness. "Delight yourself in the LORD, and He will give you the desires of your heart" (Psalm 37.4).

Feel free to contact me with your questions or concerns. I plan to add more to this article in the future in order to address different questions that people might have about this topic.

* Some people do have a special gift from God to perfectly fulfilled as a single person. Jesus is a good example of this. Such persons with this gift are able to serve God in beautiful ways.